The moment we have been waiting for. After 10 weeks of X Factor nights, Australia voted to chose the winner of the X- Factor Australia 2011. The votes were revealed and it was so close with only 1% separating the winner and the runner up.

And the winner is the 16 year old rockstar Reece Mastin! 40 year old Andrew Wishart, was the runner up. Sing and dance sensation Johnny Ruffo finished third. 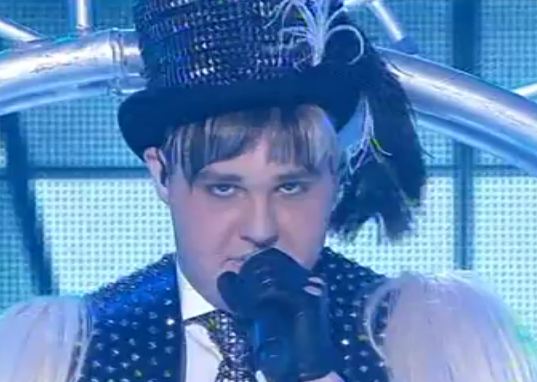 What more can he ask for! He performed Introvert Extrovert Doesn’t Matter live at the Grand Finals of X- Factor Australia 2011. Luke O’Dell is surely a winner!

“Kylie Ann Minogue, is an Australian recording artist, songwriter, and actress. After beginning her career as a child actress on Australian television, she achieved recognition through her role in the television soap opera Neighbours, before commencing her career as a recording artist in 1987. Her first single, “Locomotion”, spent seven weeks at number one on the Australian singles chart and became the highest selling single of the decade.

One of the highlights of the Grand Finals of the X- Factor Australia 2011 is for the finalists to perform live with a superstar. Andrew Wishart had the privilege to sing with the well know band, The Fray.

“The Fray is an American rock band from Denver, Colorado. Formed in 2002 by schoolmates Isaac Slade and Joe King, they achieved success with the release of their debut album, How to Save a Life in 2005, which was certified double platinum by the RIAA and platinum in Australia, Canada, New Zealand and the UK.”

Young Rockstar Reece Mastin showed Australia why he went all the way to the The X Factor Australia 2011 Grand Finals. Reece Mastin has been one of top favorites in this competition and for his first song at the Grand Finals, he performed his audition song Come Get Some by Rooster.

With the huge support of his fans, families, and school mates in Adelaide, Reece will surely have a big chance to win the X Factor Australia 2011 title.
REECE MASTIN COME GET SOME X FACTOR AUSTRALIA 2011 GRAND FINALS

And the Grand Finals of the X- Factor Australia 2011 has finally arrived! The Three Grand Finalists Andrew Wishart, Johnny Ruffo, and Reece Mastin will sing their audition songs again, their best song of the series so far, winner’s single and a duet with one of superstar performers.

First up is 40 years old Aussie bloke Andrew Wishart singing his audition song, Someone Like You by Adele. This song kicked-off Andrew Wishart’s popularity that kept him up to this point of the show.It’s so nice to watch the video featuring Andrew’s family and the people who are supporting him. If all Melbournians will vote for Andrew, they will bring home the X Factor 2011 Trophy.

Will he earn that huge ticket to the The X Factor Australia 2011 Grand Finals Show? Reece Mastin is surely back in contention and he is fighting really hard. After all it’s a singing contest and not some kind of strip show. What do you think Australia?